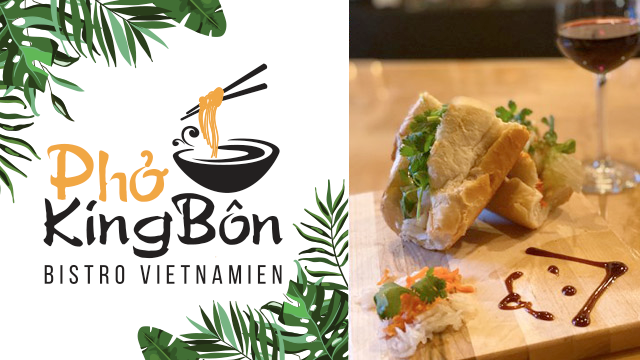 The owner of a Vietnamese restaurant in Rosemère has announced that he will change the name of several menu items after being heavily criticized by the Montreal Vietnamese community for misrepresenting their language and culture. I took a quick look at the old menu and upon seeing a drink named “Viet Kong” (a reference to the Vietnam War), my first reaction was “WTF were they thinking?”. Even other menu items are bad but not as bad as this one, and it’s no surprise that it upset the Vietnamese community here.

It’s clear that the owner has not thought this menu through, or even the restaurant’s name. It would have been wiser to simply google some terms before making drinks & cocktails out of them.

We will delete the word <

The only thing left for them to do is change the restaurant’s name 😂! 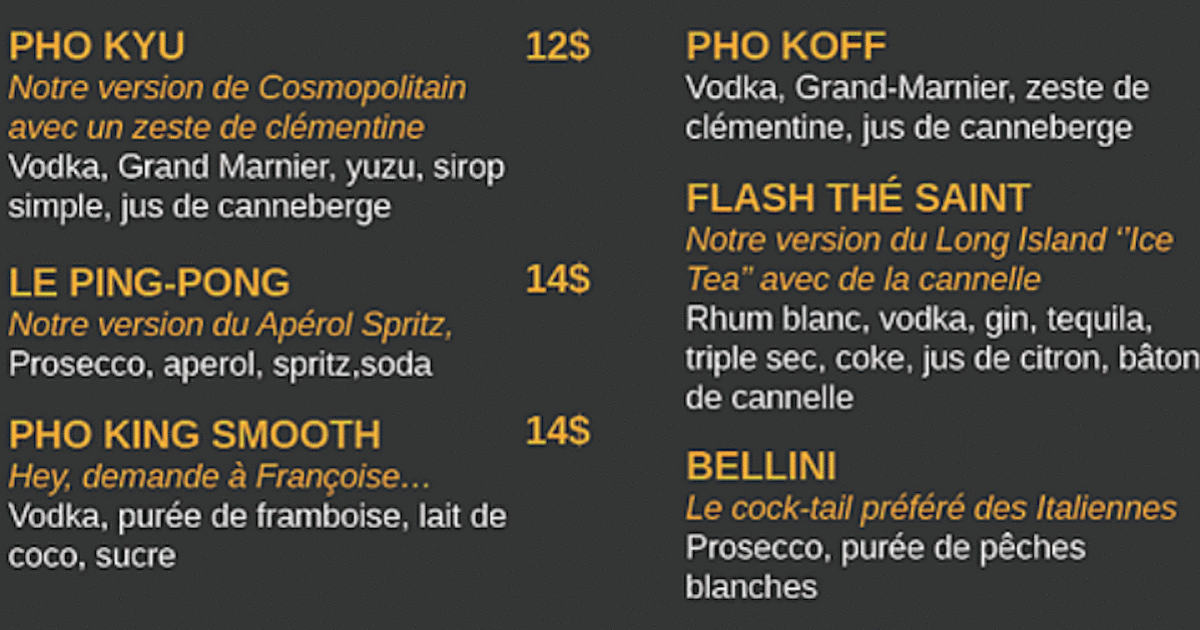 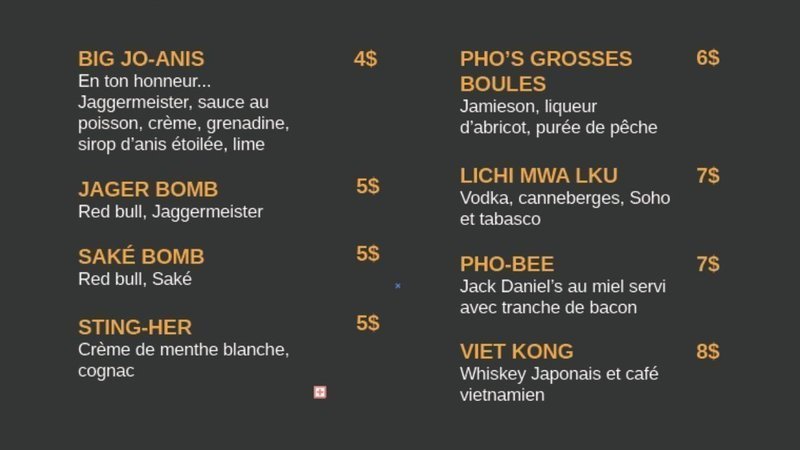