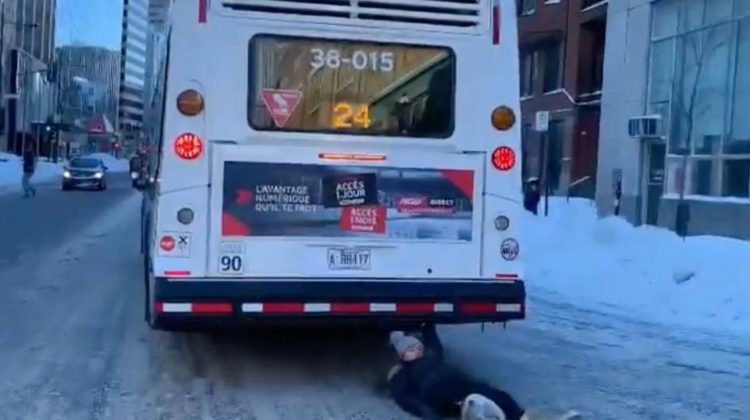 It’s not every day that you see someone holding onto the bumper of a running STM bus on Sherbrooke street. I thought at first it was some movie scene before realizing it’s 19-year old Cassandre Thomas, an adrenaline junky pulling all sorts of stunts, including dangerous & reckless ones, and sharing them on her instagram account.

Quand tu rates le bus 😂🚎 When you miss your bus 😂🚌

I have no idea how she managed to pull off this stunt and get away unharmed, knowing the state of roads especially in winter time. At least she did acknowledge “that the video with the bus wasn’t her most prudent idea” and I hope no one will try to imitate her because they could get seriously hurt.

She has a couple of other crazy stunts on her insta profile too, like hanging from the top of a building or at the top of a crane. I hope she realizes she could very easily slip and fall off.

Another thing she has to worry about is getting fined or even jailed for such dangerous public stunts.

In all cases, she looks to have toned down her stunts a bit in her most recent videos. Someone must have told her it’s not worth dying for social-media-fame. 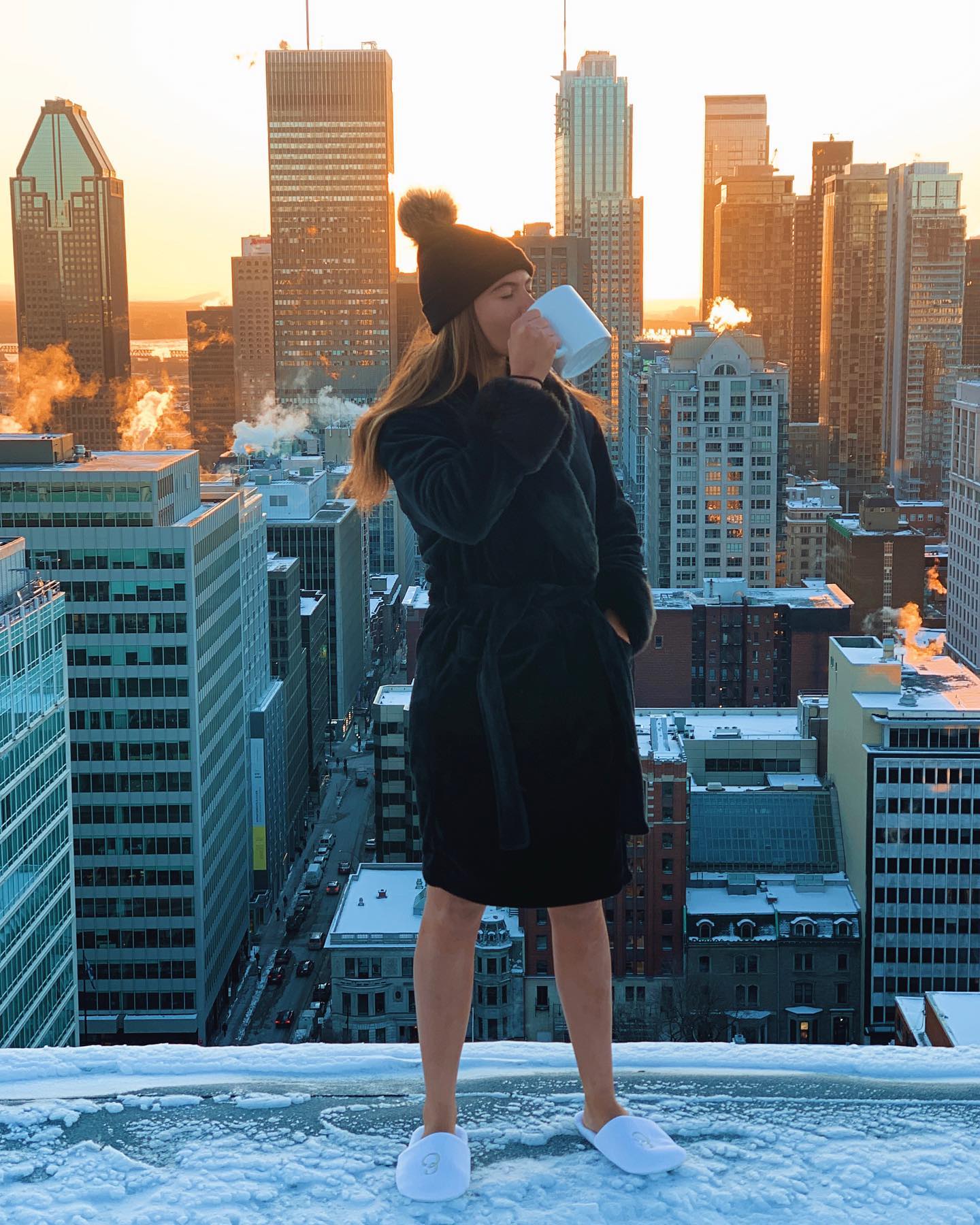